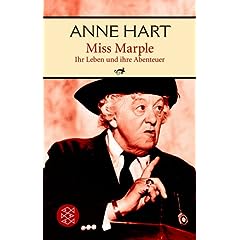 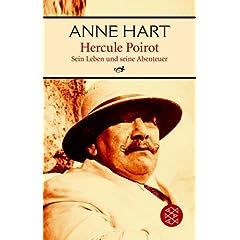 "But yes, my friend, it is of a most pleasing symmetry, do you not find it so?"
Nach oben

"But yes, my friend, it is of a most pleasing symmetry, do you not find it so?"
Nach oben

Synopsis
Explores the contents of Agatha Christie's 73 recently discovered notebooks, showing how she wrote her ingenious books as well as many alternative versions and unused ideas. Includes illustrations from the notebooks and two unpublished Poirot stories. When Agatha Christie died in 1976, aged 85, she had become the world's most popular author. With sales of more than two billion copies worldwide in more than 100 countries, she had achieved the impossible - more than one book every year since the 1920s, every one a bestseller. So prolific was Agatha Christie's output - 66 crime novels, 20 plays, 6 romance books under a pseudonym and over 150 short stories - it was often claimed that she had a photographic memory. Was this true? Or did she resort over those 55 years to more mundane methods of working out her ingenious crimes? Following the death of Agatha's daughter, Rosalind, at the end of 2004, a remarkable secret was revealed. Unearthed among her affairs at the family home of Greenway were Agatha Christie's private notebooks, 73 handwritten volumes of notes, lists and drafts outlining all her plans for her many books, plays and stories. Buried in this treasure trove, all in her unmistakable handwriting, are revelations about her famous books that will fascinate anyone who has ever read or watched an Agatha Christie story. What is the 'deleted scene' in her first book, The Mysterious Affair at Styles? How did the infamous twist in The Murder of Roger Ackroyd, really come about? Which very famous Poirot novel started life as an adventure for Miss Marple? Which books were designed to have completely different endings, and what were they? What were her unused ideas, and what was the highly unusual novel Dame Agatha planned to write after Postern of Fate (her final published novel)? Full of details she was too modest to reveal in her own Autobiography, this remarkable new book includes a wealth of extracts and pages reproduced directly from the notebooks and her letters.

Two never-before-seen Hercule Poirot short stories by Agatha Christie are to be revealed in a new book published by HarperCollins this autumn.

The stories, which will be published in Agatha Christie's Secret Notebooks: Fifty Years of Mysteries in the Making, were found inside 73 notebooks discovered at Greenway, Christie's family home in Devon, when the archive at the National Trust property was being established.

John Curran, the book's author and Christie "arch-fan", has never written a book before. In 2005 he became one of the very few ever allowed access to the notebooks, which cover Christie's working life from the 1920s up until her death in 1976. He had to train himself to decipher Christie's "bloody awful handwriting" according to David Brawn, publishing director of estates at HarperFiction.

Secret Notebooks will include short story "The Mystery of the Dog's Ball", which was eventually reworked into the novel Dumb Witness, but unlike other Christie short stories-turned-­novels it remained unpublished. The other story "The Capture of Cerberus", was written to complete The Labours of Hercules, a collection which followed the 12 cases Poirot chose to end his career. Christie eventually scrapped the story and wrote a different version, with the same title, for the book.

The title will reproduce "40 to 50" pages from the notebooks and Curran will "look at how an author of Christie's calibre worked and plotted her ideas", said Brawn. "The notebooks show that she reused a lot of ideas or went back to ideas sometimes decades later." The book will examine how many of even her most famous works were planned and rewritten; Death on the Nile for example was originally conceived as a Miss Marple story.

Brawn added: "I've been publishing Christie for 15 years and it's not very often that something like this comes along—[it's like we've] turned a stone and something genuinely new and interesting has come up. It feels like a treasure trove."

Due out on 3rd September the book will be published as a £20 royal hardback and promoted to tie into Agatha Christie Week. Harper owns world rights and is planning a UK print-run of about 20,000.

Extract from an unpublished Agatha Christie story, The Capture of Cerberus

Below is an extract from The Capture of Cerberus, one of two unpublished Poirot stories discovered in the author's notebooks


Hercule Poirot sipped his apéritif and looked out across the Lake of Geneva.

He sighed. He had spent his morning talking to certain diplomatic personages, all in a state of high agitation, and he was tired. For he had been unable to offer them any comfort in their difficulties.

The world was in a very disturbed state – every nation alert and tense. At any minute the blow might fall – and Europe once more be plunged into war.

Hercule Poirot sighed. He remembered 1914 only too well. He had no ­illusions about war. It settled nothing. The peace it brought in its wake was usually only the peace of exhaustion – not a constructive peace.

He thought sadly to himself: "If only a man could arise who would set enthusiasm for peace flaming through the world – as men have aroused enthusiasm for victory and ­conquest by force."

Then he reflected, with Latin common sense, that these ideas of his were unprofitable. They accomplished nothing. To arouse enthusiasm was not his gift and never had been. Brains, he thought with his usual lack of modesty, were his speciality. And men with great brains were seldom great leaders or great orators. Possibly because they were too astute to be taken in by themselves.

"Ah well, one must be a philosopher," said Hercule Poirot to himself. "The deluge, it has not yet arrived. In the meantime this apéritif is good, the sun shines, the Lake is blue, and the orchestra plays not badly. Is that not enough?"

To be published in Agatha Christie's Secret Notebooks by John Curran, published by HarperCollins in September
http://twitter.com/deepdownbelow
Nach oben